Showing posts from November 2, 2022
Show all 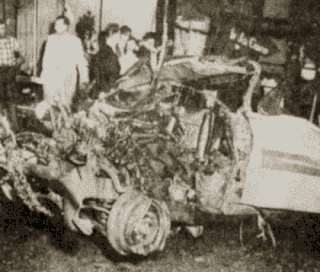 Through decades, Youngstown, Ohio, endured painful nicknames like those, due to the rackets, violence and corruption of organized crime in the region. In its November 2022 issue - just released yesterday - Informer addresses the history of organized crime in the Mahoning/Shenango valleys of northeastern Ohio and western Pennsylvania. Articles on the subject range from the earliest "Mafia" reports of the 1890s through the apparent dissolution of the Mob more than a century later. I spent much of the past two years coordinating "The Mob in Youngstown" issue. I had the pleasure of working on this massive project with extremely knowledgeable organized crime historians James Barber, Justin Cascio, Margaret Janco, Thom L. Jones, Michael A. Tona and Edmond Valin. There were some special challenges. The Youngstown-area underworld was unusually complex, as four Mafia organizations - those from Pittsburgh, Cleveland, Detroit and Buffalo - a non-Mafia Calabrian criminal soc
Post a Comment
Read more
More posts