It's safe; just ask the kid with the cast 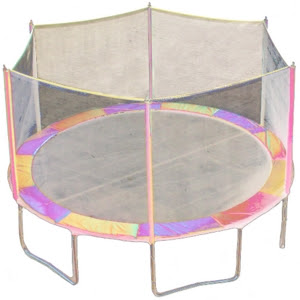 Had a conversation with my kids about the safety of trampolines. One of them referred to a friend who had a trampoline and insisted that they were safe. "Which friend is that?" I asked. "You know, the one with the big cast on his arm," was the answer. It was a humorous moment. But to parents the situation is far from funny. According to a CBS News story this year, in 2009 there were 98,000 trampoline injuries so severe that they required Emergency Room treatment. Eighty-two percent of those injuries were to children under the age of 15. Manufacturers have made some efforts to keep children from falling off the devices and from coming in violent contact with the hard metal frames. We've all seen the padding and the nets that have been added to trampolines. Strangely, manufacturers often sell the things without these safety features. Even when trampolines are equipped with these safety measures, the pads and nets can easily be removed. It is also importa
Post a Comment
Read more
More posts