August 11, 2019
A long lost photograph of Salvatore Maranzano is discovered. Informer: The History of American Crime and Law Enforcement marks the occasion by dedicating an entire issue to the one-time American Mafia boss of bosses. (UPDATE: Following publication, it was learned that the photograph, labeled as Maranzano by an Italian periodical, was actually NOT the Mafia boss but a German serial killer.) 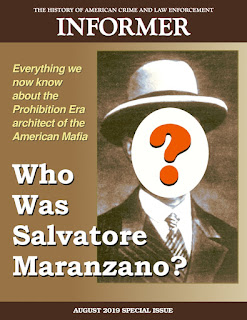