Looking for Mr. Wright (or Ms.)

March 07, 2019
I recently received this as a gift.
It was probably acquired through an auction in the Shoreham, Vermont, area. 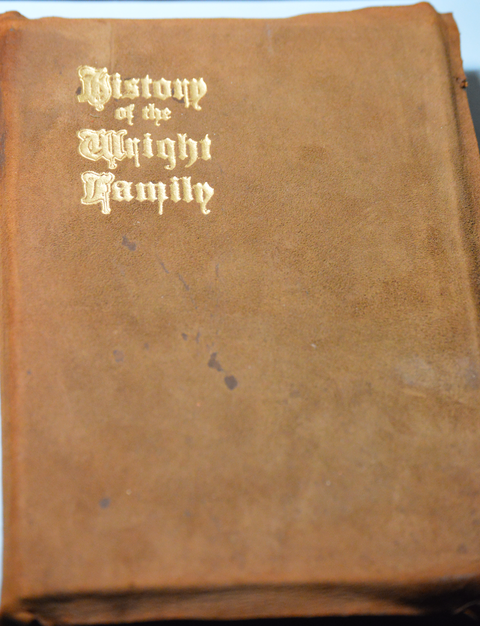 It is an extensive genealogy and history of the Wright Family "who are descendants of Samuel Wright (1722-1789) of Lenox, Mass., with lineage back to Thomas Wright (1610-1670) of Wethersfield, Conn., and showing a direct line to John Wright, Lord of Kelvedon Hall, Essex, England."

According to the book's introduction, the genealogical research began with a great-grandfather, Andrew Wright of Shoreham, Vermont. It was learned that Andrew Wright was a soldier in the Revolutionary War and left his home in Lenox, Mass. to settle in Shoreham in 1785.

The physical book seems a product of considerable labor and expense. The cover appears to be suede or some similar soft material with gold lettering. (I do not know if this is the original, but it seems old enough.) The 236 pages are fairly heavy and gilt-edged. There are a number of grayscale photographs of people and places, and one color image of a coat of arms. The book is indexed.

The History of the Wright Family has been republished in hardcover and paperback editions in recent years, as the contents entered public domain. (See available copies at Abebooks.com and at Amazon.com.) This copy does not appear to be a recent reprint.
A copy of the book that was in the possession of the Boston Public Library was digitized and is available for reading and downloading.

While I am an admirer of old books and history, it seems to me that this copy should be in the possession of a museum, local historical society or family historian. I hope soon to place the book in the "Wright" hands.

Update (18 March 2019): Found a good home for the book.
It will be in the care of the Shoreham VT Historical Society.
My understanding is that the society will make the book
available through the Platt Memorial Library in Shoreham. 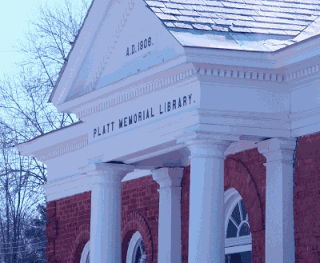